The difference between Old World and New World wines

You may know the terms ‘Old World’ and ‘New World’ when talking about wine, but what do they actually mean!? Basically, these two terms refer to the region where the wine was produced. 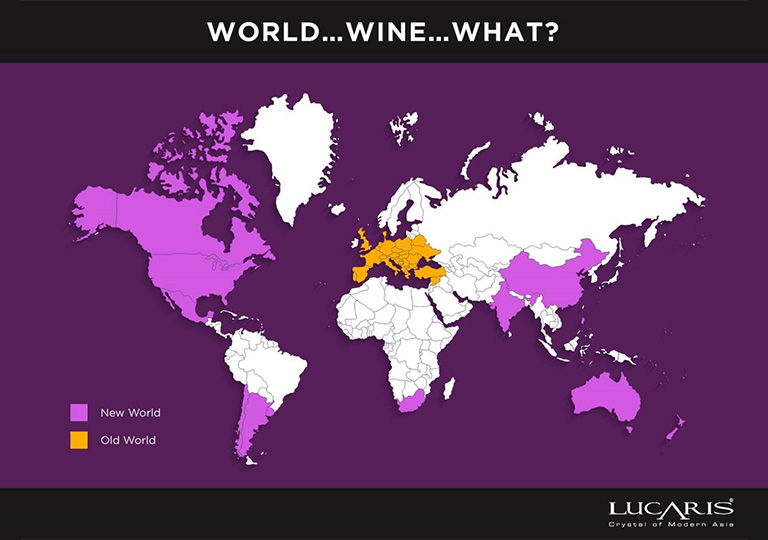 New World refers to territories where viniculture was introduced from Europe during the colonization period, including the U.S., New Zealand, Argentina, Chile, Australia and South Africa.

Alongside originating from different regions, there are some key things which differentiate Old and New World wines:

Old World wines are usually named after the wine producing regions themselves. Some famous examples include Bordeaux from France, Rioja from Spain, and Chianti from Italy. New World wines, however, are typically named after the main grape they’re made from. For example, Cabernet Sauvignon is made from the grape variety of the same name. You can find large cultivations of Cabernet Sauvignon in California and New Zealand. Likewise, Chardonnay is made from the most commonly used white wine grapes which are grown in California, Australia, New Zealand, South Africa, and Chile.

Wine making originated in the Old World, where traditions and regulations around production were firmly established. Regulations were put in place to control the quality and type of wine which can be grown in certain regions, harvest methods, minimum alcohol content, and winemaking methods. 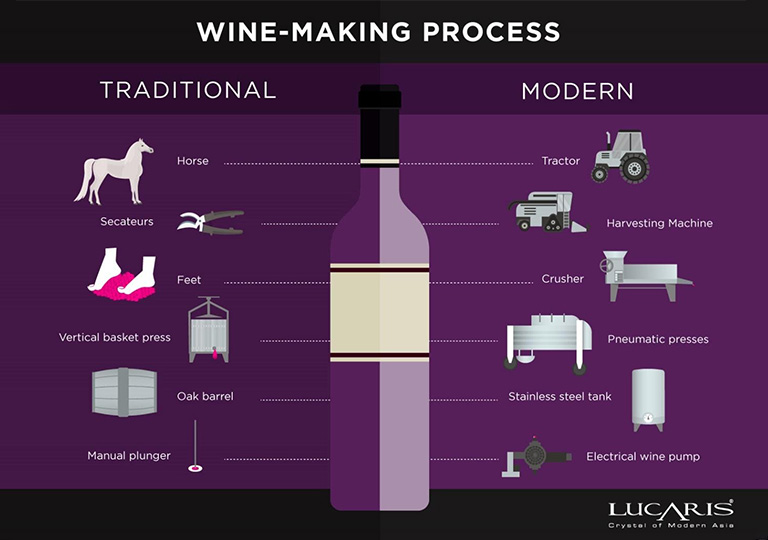 As a general rule, the New World doesn’t stick to rules or traditions as strictly. Instead, New World wine-making is more experimental and technologically-oriented. This is because there are fewer laws in place to regulate wine-making, meaning winemakers in the New World are free to plan their harvest, adapt winemaking methods, and modernize technology as much as they like!

Due to differences in climate, soil abundance, and other environmental factors between the Old and New World, the taste of the wine taste is affected accordingly.

Old World regions, especially those in Europe, are cooler than regions in the New World. This means that the grapes don’t ripen as much, resulting in more light-bodied wines with high acidity and low alcohol content.

In contrast, New World regions have warmer climates, which means riper grapes which contain more sugar. This delivers a full-bodied, fruity, low acidity, and high alcohol wine. Despite all of this, it’s hard to make a clear-cut judgment on which world produces better wines; it’s a matter of personal taste! Both Old and New World regions create truly unique wines – so try them both and choose your favourites. And don’t forget to choose the perfect wine glass to really bring out the taste! Cheers!