SOME GO-TO RED WINES THAT ARE SURE NOT TO DISAPPOINT

Red Wines That Are Sure Not to Disappoint 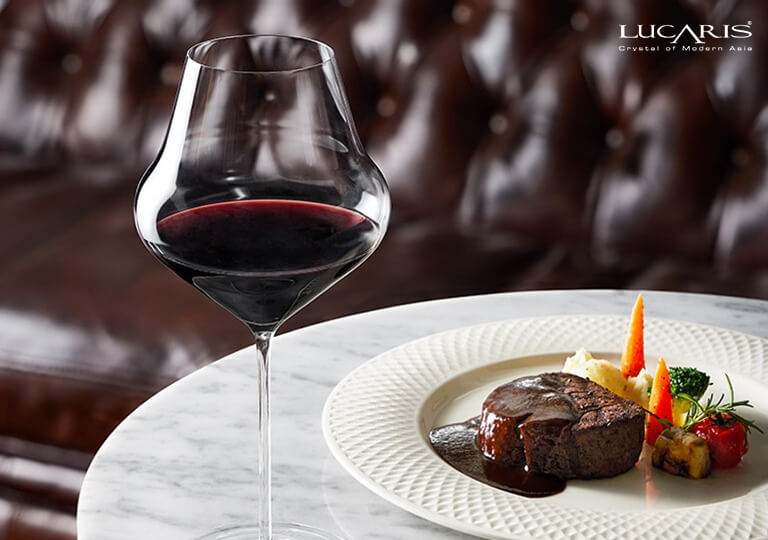 When we go to a restaurant with friends or someone special and order wine by the bottle to share together. And you feel reluctant to receive the wine list from the server only to open it and find pages and pages of wine. Wines from all over the world, wines I can’t even pronounce, wines I have never heard of. No pressure. Here is the LUCARIS-approved list of go-to reds: 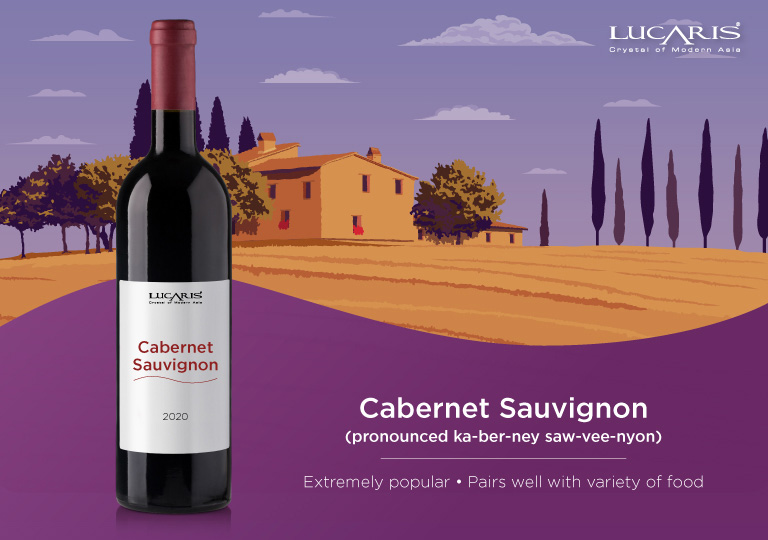 Cabernet Sauvignon is a cross between Cabernet Franc and Sauvignon Blanc founded back in 17th century France, in the Bordeaux region which is considered quite a new grape variety. It is the most planted red wine grape around the world. Cabernet Sauvignon is full-bodied, high in acidity also high tannin with aging potential and firm structure. Therefore this extremely popular wine pairs very well with red meat such as rib-eye steak, steak with Gorgonzola, lasagna, hard cheese like aged Cheddar, Parmesan. By the way Old World Cabernet Sauvignon such as from France has higher acidity than those from New World for example from the United States, Australia, and Chile which is higher alcohol though. And it is also great to pair with bittersweet chocolate just like a chocolate fondant and chocolate lava cake. If you need an excuse to drink Cabernet Sauvignon, August 30th is International Cabernet Sauvignon Day. 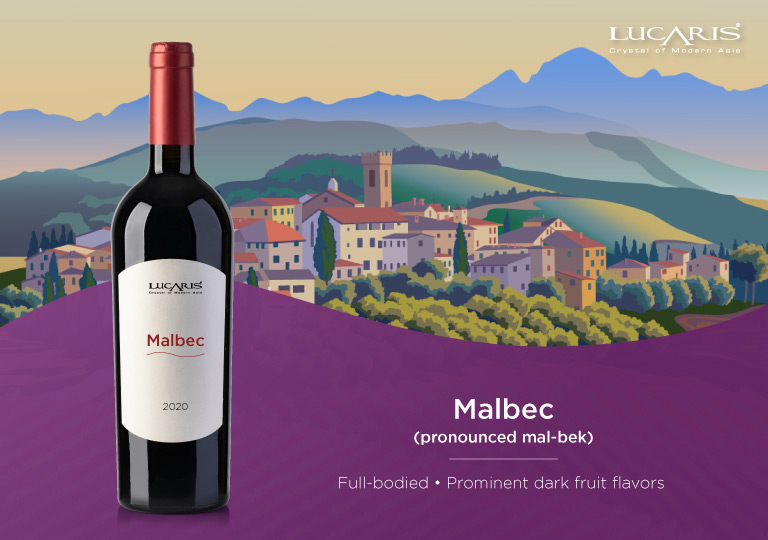 You think Malbec, you think Argentina. Brought from France in the 19th century, the Malbec grape really took to the higher altitudes of Argentina which has resulted in Argentina today being the leading producer of Malbec in the world. Malbec is a full-bodied wine most prominently characterized by dark fruit flavours. It is considered strong by many and oh so easy to drink. It pairs well with a multitude of everyday foods, from grilled meats and burgers to pasta. Sharp cheddar goes well with Malbec and for dessert chocolate or dulce de leche. Celebrate Malbec Day on April 17th. 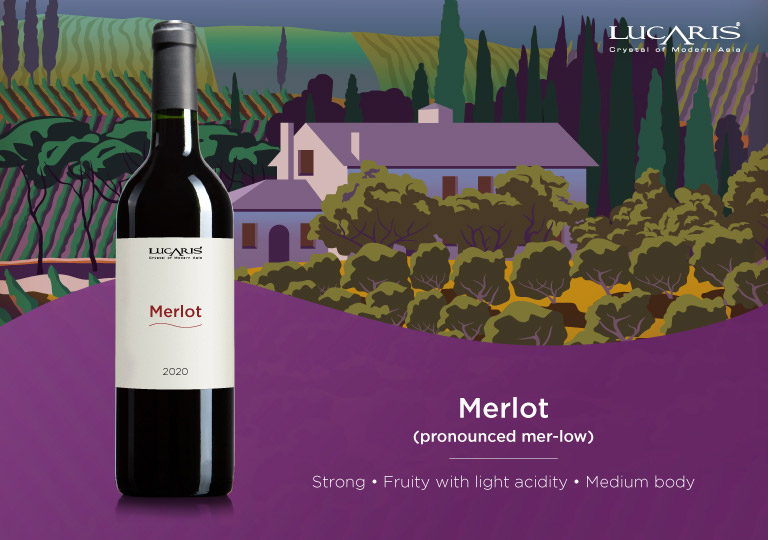 Hey, California and Napa Valley in particular, produces some nice Merlots, but then again Merlot is originally from Bordeaux in France dated back to the first century AD as major grape variety planted. In Bordeaux as well as other part of the world Merlot is a major varietal blended side by side with Cabernet Sauvignon because of its softness and “fleshiness”. Merlot is a friendly wine, something blue, something violet, a fruity wine with medium acidity, medium body, medium tannin and moderate alcohol that is perfect to make wine taste rounded. Excellent to pair with grilled meats such as pork and vegetables, cheeses like Gouda, Gruyere and desserts including dark chocolate and berries. Merlot from New World is more fruity and higher alcohol than those from the Old World. Just FYI, International Merlot Day is on November 7th. 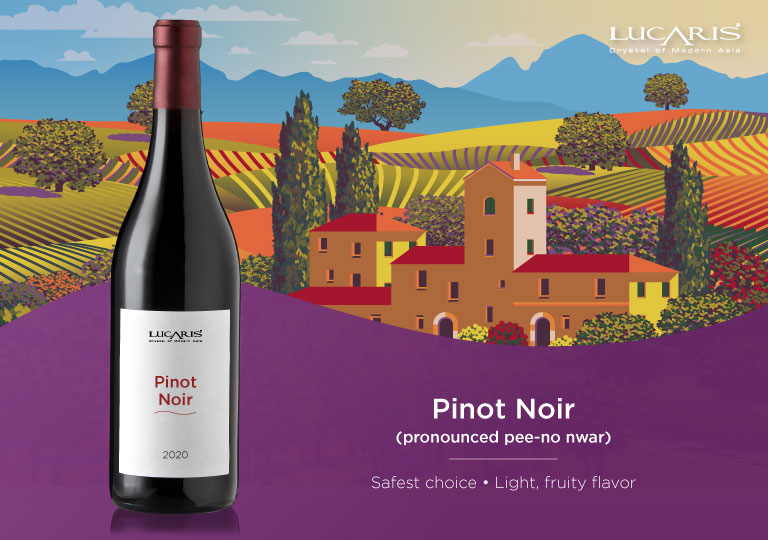 Pinot Noir is a very popular wine and probably the safest choice when ordering for a group of people with varied unknown preferences. Since Pinot Noir is soft and smooth as velvet with medium acidity, light to medium bodied, light to medium tannin. The best Pinot Noir comes from Burgundy (or Bourgogne) in France. Other nice Pinot Noirs are produced in Oregon, California in the United States and Otago in New Zealand and Tasmania in Australia. Pinot Noir is characterized by a light, fruity flavour with hints of strawberry, raspberry, cherry among others. Old World Pinot Noir has a hint of leather and truffle on the nose. Pinot Noir pairs well with duck, chicken and some fish such as salmon; it’s very versatile. For cheeses, Brie, Camembert and Gruyere and for desserts white chocolate and other sweet with berries. You will not go wrong with Pinot Noir. Have a Pinot Noir party on August 18th, Pinot Noir Day.


Shiraz also so known as Syrah is indigenous to the Rhone Valley in southern of France as Syrah. It is major varietal in red Rhone blended. Syrah has dark thick skin, therefore, it is medium plus to full bodied, high tannin, high alcohol and medium acidity. Syrah is used as a single varietal and as a blend. Tasting note for Syrah is fruit forward wine, prune, blackberry with some spice, smoked meat, black pepper, cloves and espresso etc., depends where is grown. Syrah is popular among New World Wine as Shiraz especially from Australia, the United States, Chile and South Africa which tend to be fruitier and higher alcohol than from France. It pairs very well with red meat such as lamb, beef and venison on BBQ stand and Gorgonzola, Edam cheese. Dark bitter chocolate goes well with Syrah for example dark chocolate jelly with caramel popcorn or double chocolate mousse cake. Australia celebrates Shiraz Day on July 22nd.

All of these wines are also great to have at home where you can splurge a little more getting the nicer Bordeaux Cabernet Sauvignon or Burgundy Red (Pinot Noir). For enjoying these red wines to the highest degree from the cozy of your home, look to the LUCARIS crystal wine glass collections for stylish and sophisticated options.